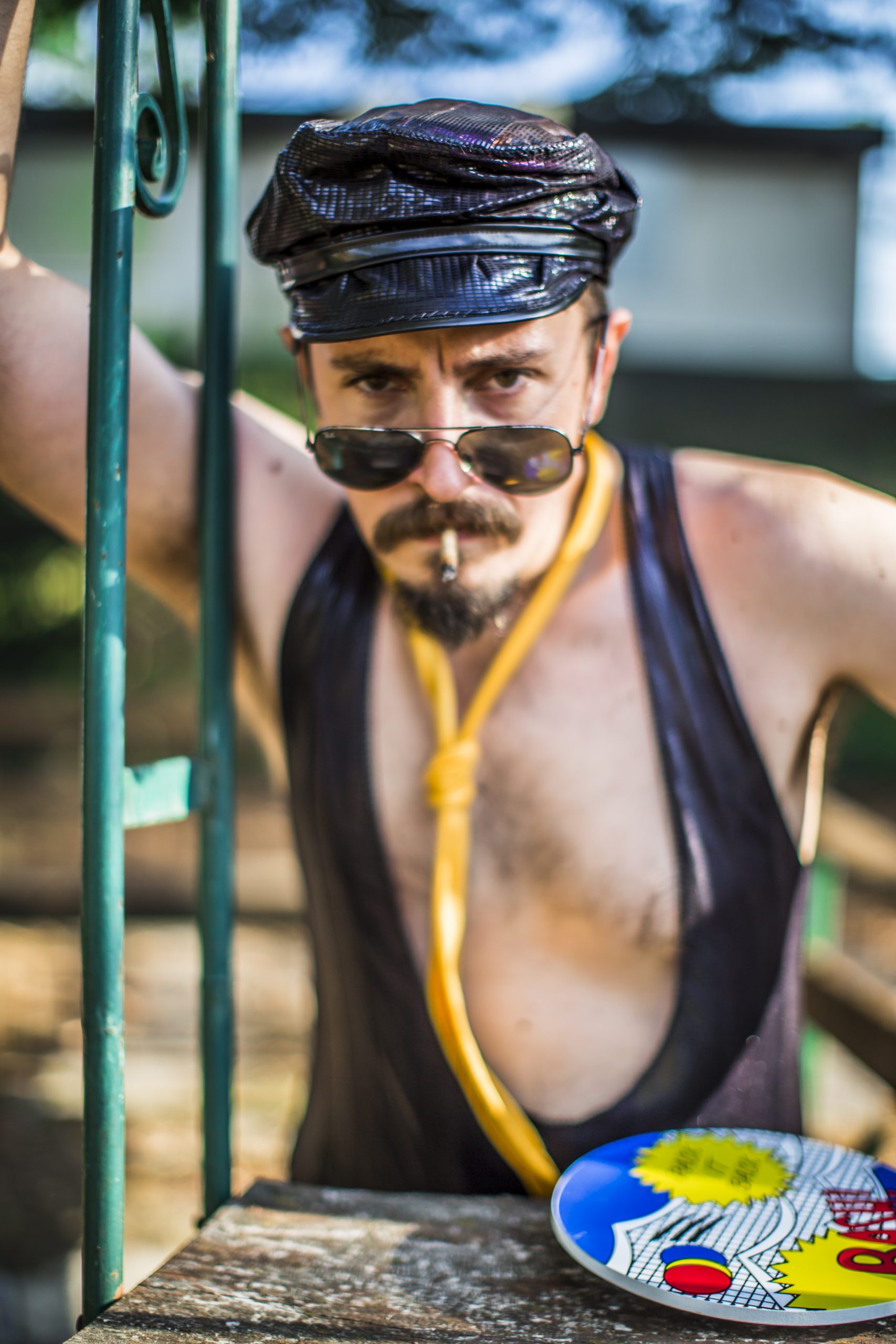 If you weren’t a musician, what would you be? Well, I don’t know… maybe a Psychologist?

TV Shows / Movies:  There’s too much I could talk about – I love TV Shows and Movies. First of all I’m a big fan of Comedy in almost all of its forms… talking about movies I’ll simply mention works by the Marx Brothers, Billy Wilder, Woody Allen, Mel Brooks, Abraham/Zucker, Monty Python… just to name a few.

Literature / Reading? I’m into Russian Authors, and I can say that Dostoevskij is the best.

Other hobbies/talents: I’m a volunteer for parish activities for kids from middle school to high school.

1. Queen. Since I was a baby I was taught to love them. As I grew older I learned to appreciate every single detail about their artistic production. By now they’re not my main listening, but they’ll always have a special place in my heart.

2. Frank Zappa. I knew since the first time I listened his songs that he was something special. For his attitude, his weird sense of humor and his avant-garde social view. His music is obviously the best, written by the best, played by “The Best Band You Never Heard In Your Life”

3. Yes. Jon Anderson’s voice it’s just mesmerizing for me (Not to mention Howe and Wakeman who are astounding), and as a Progressive Rock fanatic I could say that they’ve made some of the greatest albums of all time, not only in the Prog-Scene

4/5. Helloween/Blind Guardian. I look to them as the bands who turned me into a Metalhead during my High-School years. By now I don’t listen too much metal stuff except for what really gets my attention, feelings and curiosity… but for them… for them I have a strange and warm sensation of… lust. Helloween with their catchy and (not always happy) refrains, and the will to go always for something new. I really can’t name any other metal band being so various but at the same time so damn recognizable, except for… Blind Guardian

1. The Darkness. I pretty like their behaviour, their naïve songs, their PopRock sound. They are fun, and fun is good.

2. Florence + The Machine. Not a rock band, but for sure a great artistic concept, with good atmospheres and songwriting, and an amazing Singer.

3. Vulfpeck. An american Funk quartet that I could only describe as…cool.

5. Caparezza. Not so new as an artist (as for those mentioned before), but here we are: he is an Italian rapper with a great music taste and an excellent flow. He’s also a great songwriter by the way. I’m not a rap expert, but I know what I like and he is far BEYOND good for me.