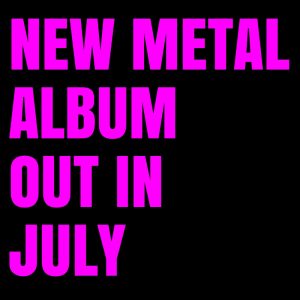 2021 might not have started as good as we all wanted but rest assured that from July on your lives will
undergo a significant boost in happiness, laughter and metalheadness. Why?

Because in July Nanowar Of Steel will be releasing a brand new METAL album.
Are you tired of stupid songs about travelling to cities on the coast south of Rome?
Have you had enough of pop melodies repeating the same three notes over and over again?
If your answer is yes, then this is the album you were all waiting for!

It will be an album full of Italian food, heavy metal and Giancarlo Magalli.
Expect the first single to be released sometime in late April!