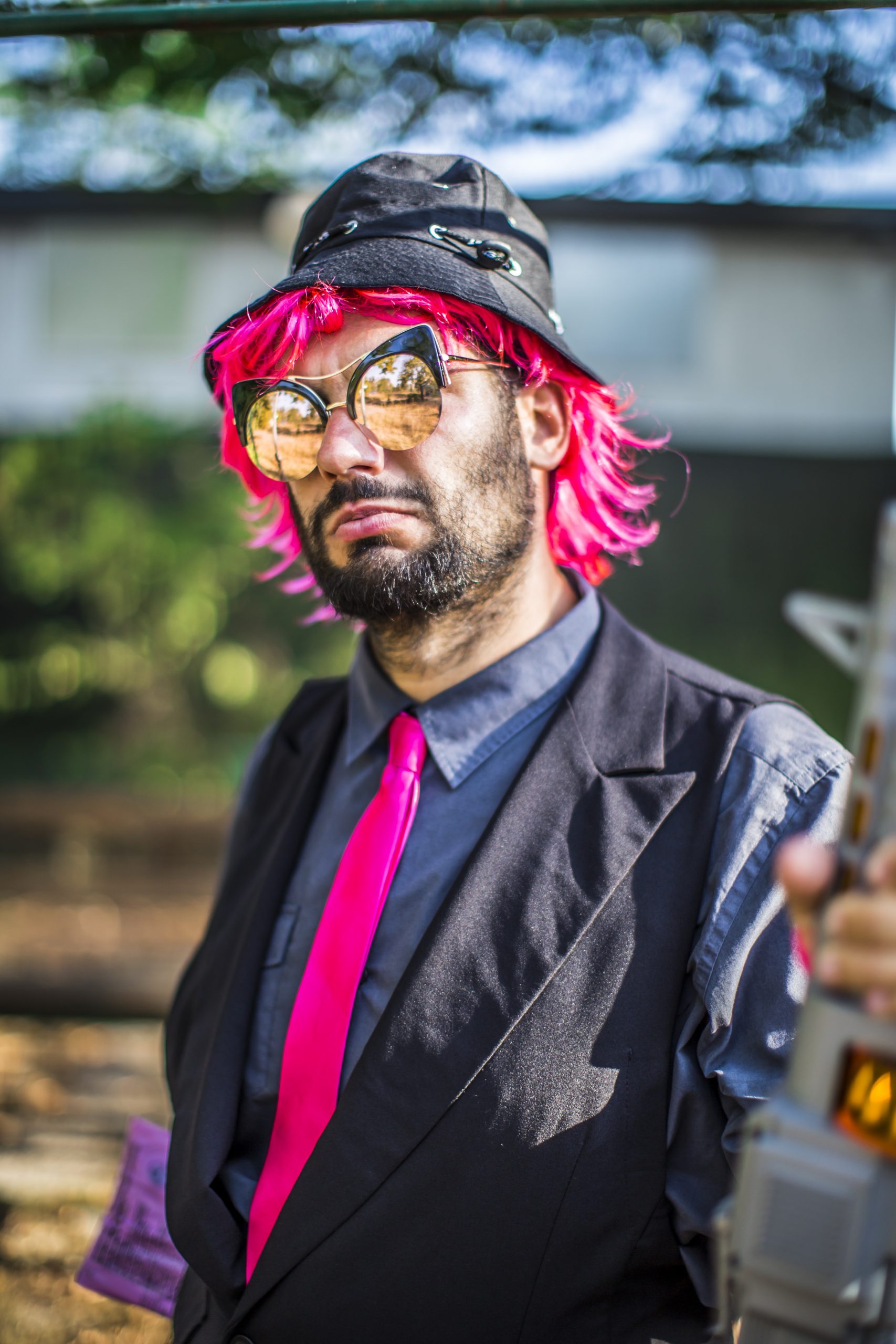 Previous jobs: I worked as a Java software developer in Heidelberg, as a physics teaching assistant at the Universidad Autonoma de Madrid where I got my Ph.D. I have then worked three years in Israel (Hebrew University) as a post-doctoral fellow at the Racah Institute of Physics, and two years at the Leibniz Institut fuer Astrophysik in Potsdam (Germany) before going full-time Nanowar.

If you weren’t a musician, what would you be: Most likely a full time astronomer, otherwise I would have liked to work either as a quantitative analyst in a financial firm, a software developer, a science/maths teacher or a translator.

Other hobbies: I am interested in conflicts and foreign languages. I can have meaningful conversations in (in order of fluency) Italian, English, Spanish, Serbo-croatian, German, French, Hebrew, Russian, Levantine Arabic and Portuguese. I also love traveling – I visited around 80 countries (some of which unrecognized) and I sometimes got in trouble and faced police/army interrogations in Egypt, Palestine, Israel, Serbia, Ukraine, Abkhazia and Transnistria. I did multiple day hikes across the Andes, Patagonia and Tierra del Fuego, the Negev and the Judean desert. During the refugee crisis of 2016 I volounteered with Refugee Aid Serbia and helped with translation from Arabic to Serbian. I am also very fond of history (middle east, Russia and Balkans in particular), economics and finance.

1. Slayer (I worship Reign in Blood and South of Heaven and those records are still in my playlist nowadays. Decade of Aggression is my favorite live album of all times)

2. Blind Guardian (Their 90s albums are the best form of power-epic metal ever recorded. I still remember listening to “Mirror, mirror” for the first time when I was 15, I couldn’t believe my ears.)

3. Elio e le Storie Tese (Italian’s best comedy band of all times, hands down. The whole Nanowar Of Steel project would not be here without them. Their lyrics are pure genius and they’re also great musicians. We all owe a lot to them)

4. Entombed/Dismember/Bolt Thrower (Left Hand Path, Like An Everflowing Stream and Mercenary were the soundtrack of my teenage years. I always found these bands sort of underrated despite the fact that they are among the few to have a truly unique sound, absolutely crushing even without blastbeats)

5. The Beatles (It’s the ONLY band I listened to from age 6 to age 13. At some point I thought they were the only band that ever existed. I owe them my passion for music and languages – I recall being 7 years old and trying to translate their lyrics with a dictionary)

3. Phudys – Live in Sachsen (not new but I started listening to them only a couple years ago)